Why building a house for Bloom’n Dedalus isn’t easy 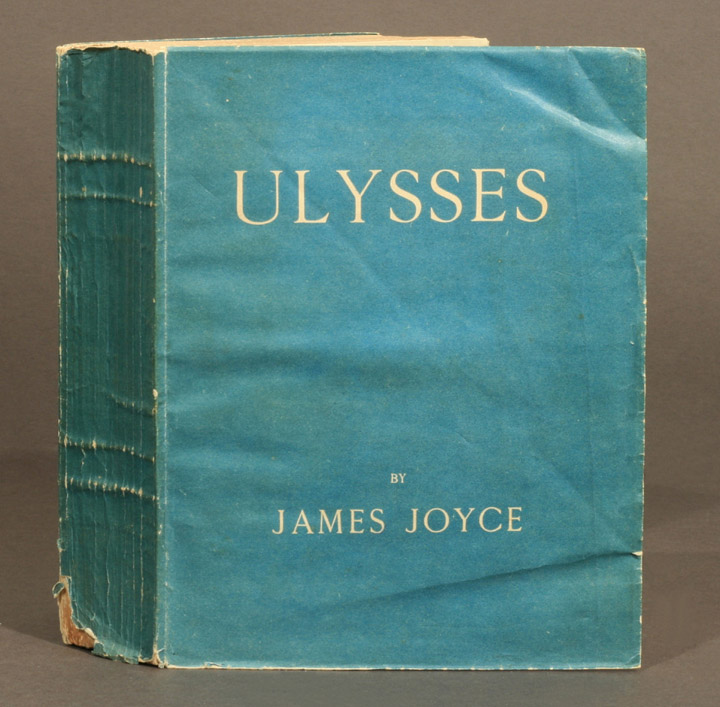 I was lounging in my office one day. This was a few years ago when I was still an architect up in Dublin, before we started to go extinct after the recession – you can find fossilised remains of the profession in the walls of the Stag’s Head if you look closely enough. I was lounging because it was a warm, heavy June day –  if you can remember what that was like – but also because I hadn’t much design work on at the time.  Just after lunch, an oddly matched pair of men pushed through my office door.

One was a middle aged gentleman, with a touch of spread threatening his mid-section, and an affable look about him. 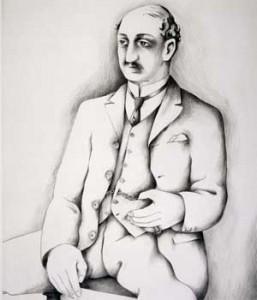 The other was  a younger fellow, gaunt and intense. You wouldn’t want to know everything that was going on in his head, if you know what I mean. 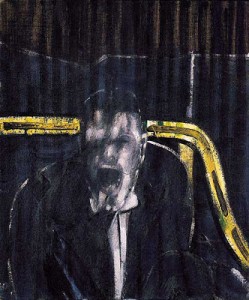 Now we got to talking generally, about events of the day, politics, the preferences for how tea was to be taken, about the advertising business –which the older gentleman, Leo Bloom was involved in. Leo was a family man with a wife and daughter. He was witty, but a bit gormless, and he was unable to keep still beyond a heartbeat.  His companion, Stephen Dedalus was the brooding sort, and everything about him would make you certain of a Jesuit upbringing.

Leo eventually got down to business

- I, that is to say we, have a sticky predicament, he said.

And that was understating it a bit.  They had been living fairly normal lives, separate lives.  They had both been happy where they lived, Leo on the north side of Dublin up the near the Mater, and Stephen out near Dalkey in an old Martello tower, of all places.   Happy, until a certain gentleman, a Mr James Joyce, who has since fled the country (possibly related to the recent property crisis, and in the company of a young lady), forced Stephen and Leo together in new accommodations.

Very unsuitable accommodation too, as you can see from this picture. 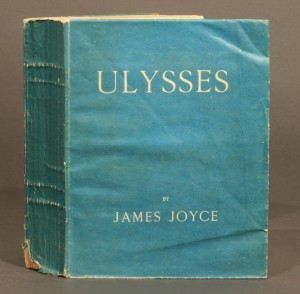 Not very spacious and fairly sloppily put together. In need of a bit of repair and the walls – well, the walls are paper thin, aren’t they?

So they were in need of a house, and here I was, a purveyor of tailored residences.  I put on my professional hat (metaphorically) and began to sus out what kind of house they were looking for, what level of accommodations and other particulars, such as whether they had a site in mind.

– Somewhere amenable to transport, I should think, Bloom said, Maybe near this new LUAS that they’re building.

Dublin was being ripped up at the time by the first phase of the new tram project.  We could even hear the music of the kango-hammers through the open windows of my office.  New tracks and bridges were appearing across the city.

– And for me, Dedalus said, leaning in as he began, his intense gaze boring through my sweated brow.

- For me, yes, I will want a house in which Irish history is renewed.  Then devoured, of course.  And spat out.

He leaned back and folded his arms.

- All right, I said, raising my eyebrows a notch, but taking careful note. I underlined Irish history renewed once.  Then once more

Appropriate, I thought, given his current accommodations, so I added that to the top of the list.

We concluded our meeting quickly, and over the next couple of weeks I thought about these two gentleman and their wishes.  I came back to them with the beginnings of an idea, a reflection of their first requirements.

- How does this strike you, gentlemen? I asked, showing them an image summarising my efforts. 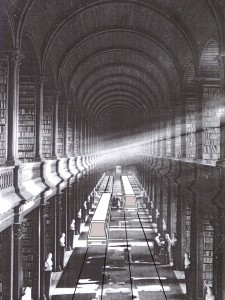 - Books by the train load, I said (fully aware of the pun).

- Historical spaces chewed up, I said, looking pointedly to Stephen and giving him a little nod.

The nod went unreciprocated.  Dedalus’s eyebrows put a decent sized dent in the floor, while Bloom’s eyebrows went close to the ceiling.

- No panic, I said, reading the situation.

- We are still working in the realm of ideas, gentlemen.  That’s where we’re at.  I would have thought fellows with your particular backgrounds would be comfortable there?

I calmed them down, helped by more tea and some Gorgonzola sandwiches I had in the fridge. Always useful in case of such an emergency. We went back to the beginning.  Bloom, it seemed, wanted a house that flowed inside to out, lots of light.  Stephen, on the other hand, wanted a house in which he could crush the past underfoot.

Two weeks passed, much sketching roll passed over my desk, and we all met again.  We dealt swiftly with current affairs, and teas were accepted gratefully because of the recent change in the weather.

- I tried turning the past on its side, so to speak, I told them, showing them this lovely rendering. 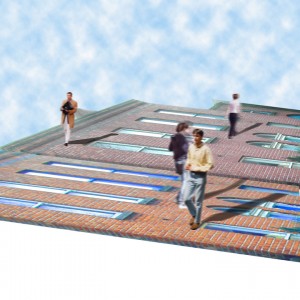 - To make it more manageable to put history underfoot, if you get my drift.

Bloom unfortunately almost choked on his tea, poor lad, while Dedalus mumbled menacingly.  Possibly in Latin, but I couldn’t be sure.

- I think, Bloom said, I think I comprehend what your attempting, but lest you forget my dear fellow, we’ve been in a prison of ideas for the best part of a century.  With thanks to Mr Joyce.

- So, Bloom said, jumping up from his seat, we are in need a house, if you please. With walls. Floors. Ceilings.

- And rooms, Bloom said, animated now.  Big rooms. Doors to the city.  Doors  to the park. To the Luas

- And small spaces, Dedalus said, still seated, but kicking his legs up on my desk.  He stared upward.

- Intense spaces, Dedalus said, places for thought to simmer and boil,  to be released like ghosts in the walls, like gnawing rodents between the floors.

There was a silence after that, an uncomfortable one at that. Bloom and I looked at him for a bit.  Bloom broke the silence by clapping his hands together.

- Yes, Bloom said pacing across the floor. And one of those convection hobs. Marvellous devices, Instantly fried inner organs of beasts and fowls.  My wife Molly would like that.

Ah yes, Molly.  I needed to move from abstract ideas to a real building, and Molly, from Bloom’s descriptions, seemed the type to know her mind on these matters. I arranged for her to come in to discuss the project .

- I want a house, she said, that I can perform in, sing and play piano, but also that I can hide in. And Leo, whatever he says, he’s only ever properly peaceful when he’s in the bath, watching his languid floating flower.

I’m not sure that’s the kind of thing I can base a design on, I said.  She continued, ignoring me.

Or when he’s on the jacks, Molly said. With his newspaper.  And his trumpety trumps.

I thanked Molly for her input, which went far, far beyond what I have revealed here, and we swapped contact details.   She followed up by posting  my some photographs.  I’m not sure I should show them, but they did become important to the design. So perhaps Leo won’t mind. 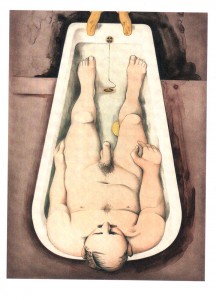 And the fact she sent them might have hinted a certain … stress in their relationship.  However, it’s important for a house designer to understand clients as deeply as possible. Using these insights, which were possibly a tad too revealing even for my above average level of curiosity, I dreamed up their house.  It had rooms wrapping around a stair, and a stair wrapping around the heart of the house – and at the heart of the house, the toilet and bathroom. 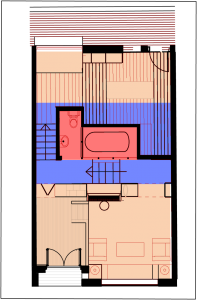 But that wasn’t enough. I needed a piece of the city to wrap around the house, I chose a piece up near the Grand Canal and built a whole neighbourhood around it. A piece of city that meant Bloom could sneak out one door, at the top of the house,  to jump on the Luas. 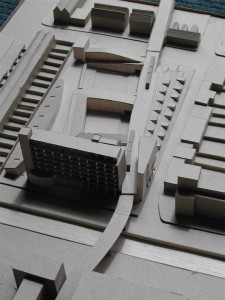 And  a door to the street, for Molly perhaps to sneak in her lover.  She and Leo do have some issues, but my fees only cover so much.  Or a third door to the common garden, where Stephen can appreciate this calm place filled with water, while letting his thoughts float there… 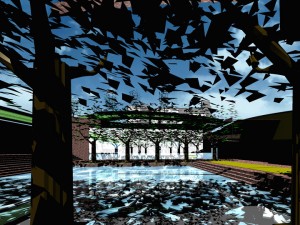 To give his poor bloody head a break.

And inside the bath sits at the heart, where Bloom can contemplate his … whatever, with his contemplations fed by the festering imaginings of Dedalus, who lives below the bath, and inside the walls and beneath the floor. You can even see Dedalus in this picture, the odd fish, crawling around under the stairs.    Bloom and Molly breathe the air of the big rooms.   Then they come closest to sharing with Dedalus when cleansing and emptying their bodies of unwanted smells and substances. 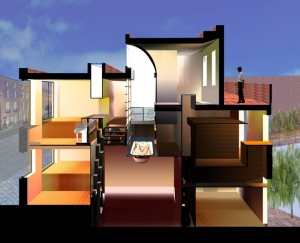 -  They looked at each other, nodded, and turned to me and shook my hand.  They left soon afterward to live in their new home.

And how do they enjoy their new home?   Well, that’s a sore question, as my account remains unsettled.  But, thanks to Molly’s indiscreet correspondence, I am in possession of a few more images which would be very embarrassing for Bloom should they reach the internet.  As soon as I can explain to him what the internet is I’m sure we’ll reach an understanding. 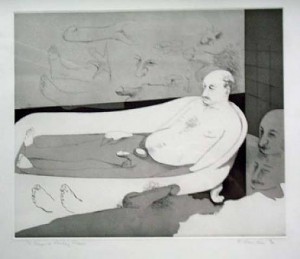 Looking to buy a house that needs work? 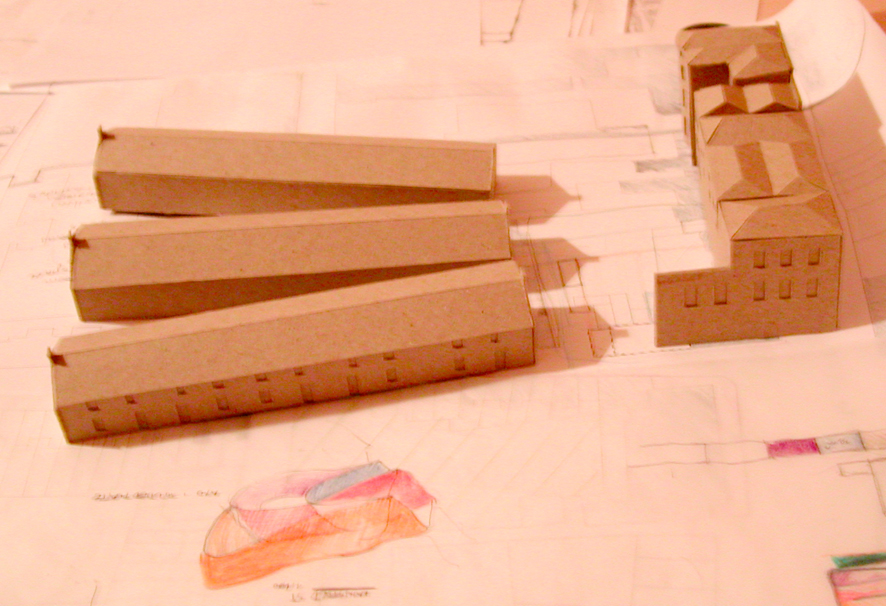 We were recently approached by budding house buyers who found a house that ticked most of the boxes for them, but unfortunately not all. They wanted us to take a look at the house before they made the biggest purchase of their lives, to see if the flaws they saw in the house could be easily fixed, and fixed within their budget.

Houses are a notoriously subjective thing, what suits one family may not suit another. The house had been a perfect family home for one family for over 20 years. Our clients asked us to see if it could be adapted and extended to suit their needs.

We met with them, took note of their wish list and then visited the house together to see its potential. We pointed out the positives, listened to the negatives, suggesting ways they could be worked around or alleviated. After the visit, we prepared a report and sketched a couple of options for reconfiguring the ground floor and potential extensions. It was readily apparent that the house needed significant re-modelling and structural work to meet their requirements, and this was outside their budget.

Despite how much they loved the location, it turned out the house was not for them. But at least they found out before they signed up for 30 years of repayments.

If you see a house that almost fits the bill, but that needs more than just redecoration, it may be worth getting a professional to take a look before making your final decision.

Thinking of building a one-off house in Kilkenny? 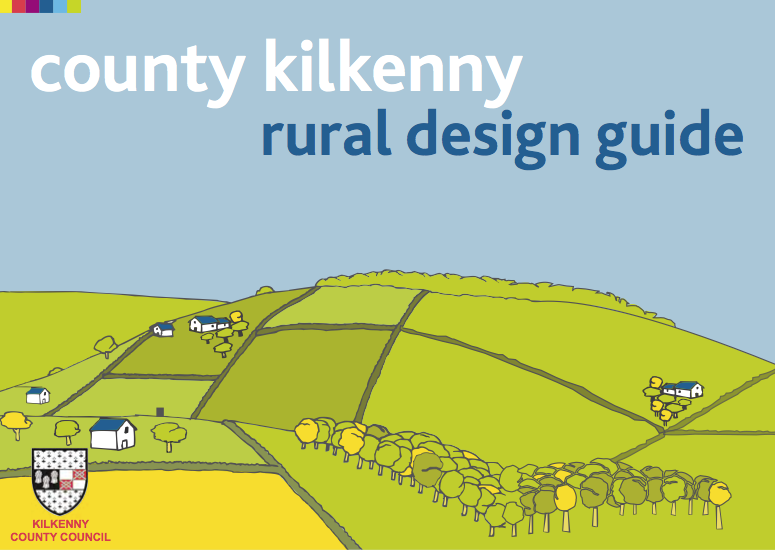 Whenever we get an enquiry about designing a one-off house in Kilkenny, we always suggest taking a look at the design guide published by Kilkenny Co. Council. It’s a useful publication and gives a valuable insight into what the planners are looking for, as well as lots of information on, for example, choosing a site. 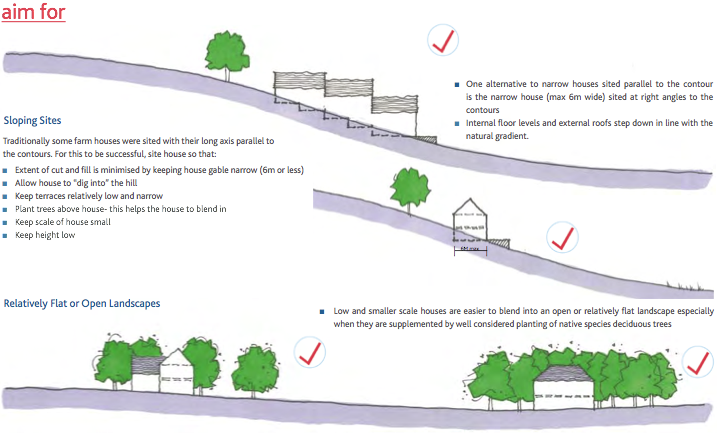 They also have tips on sustainable design, locating your septic tank etc.

It is aimed at anyone who would like to build a house in Co. Kilkenny. It’s a free download here or available for €10 from the Planning Department in County Hall in John Street.